The Wizard of Oz

When a cyclone lifts you and your house over the rainbow, you follow the yellow brick road to find your way back home. When a pandemic cancels your performance, you explore other options to bring the thrill of live theater to your audience. After months of doing just that, The Saint Andrew’s Players have produced a video performance of The Wizard of Oz that you can watch on the web June 19 and 20, and again over the Fourth of July weekend.

The show will begin streaming at this time and will run continuously for approximately 1 hour and 20 minutes.  When the show ends there will be a brief intermission followed by a creative “cast interviews/curtain call” segment that will run for an additional 25 minutes approximately.

The same show and “cast interviews/curtain call” segment will be available for streaming during a 48-hour period that begins when the ticket holder first begins to watch the show.  Unlike the scheduled performance, you will be able to pause the stream and return to it later during the 48-hour viewing period.  But please note that the video stream will end at 11:45 pm EDT on Monday, July 5, whether or not the 48-hour viewing period on a ticket has expired. 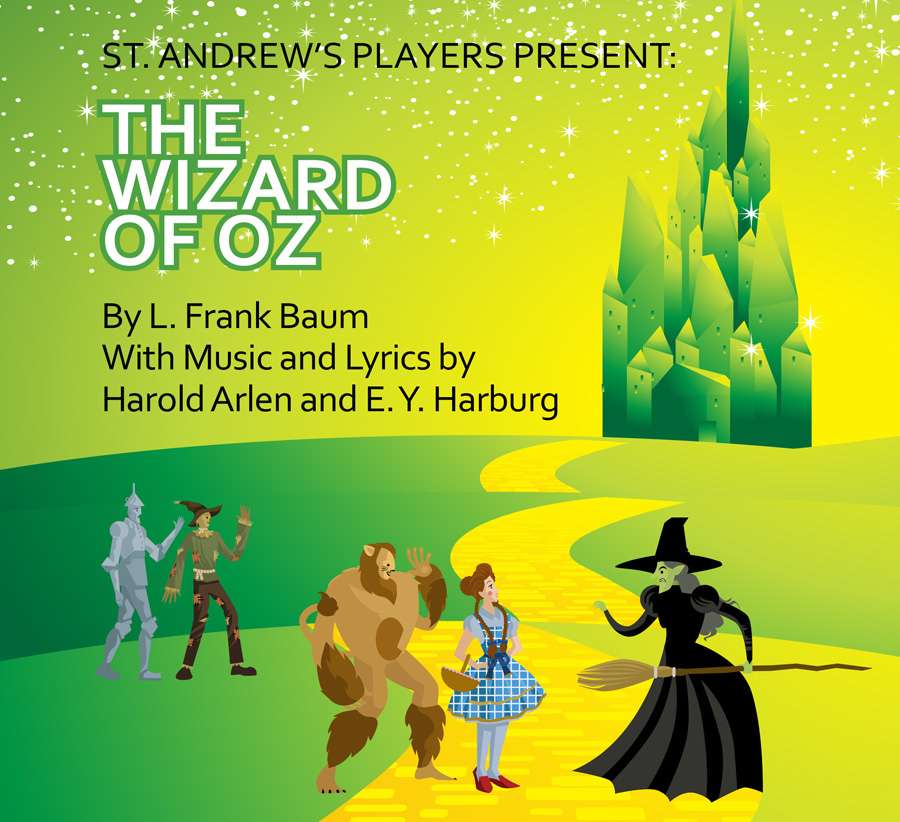 Background Music by Herbert Stothart. Dance and Vocal Arrangements by Peter Howard; Orchestration by Larry Wilcox. Adapted by John Kane for the Royal Shakespeare Company. Based upon the Classic Motion Picture owned by Turner Entertainment Co. and distributed in all media by Warner Bros.  Adaptation and support for the Young Performers’ Edition developed by iTheatrics under the supervision of Timothy Allen McDonald.

THE WIZARD OF OZ – YOUNG PERFORMERS’ EDITION
is presented by arrangement with Concord Theatricals on behalf of Tams-Witmark LLC.
www.concordtheatricals.com

When you purchase your tickets, you will see a Donations option.  The last-minute cancellation of our live performance of The Wizard of Oz in March 2020 due to the COVID-19 pandemic had a devastating effect on The St. Andrew’s Players’ finances.  Any and all donations made on the SHOWTIX4U site will go entirely to The Players and will be very gratefully appreciated.

Your tickets will be sent to you by email from SHOWTIX4U and will contain an exclusive access code with instructions that will enable you to watch the show.

The SHOWTIX4U website offers tips for viewing the stream, including recommended browsers and how to view on your SmartTV.